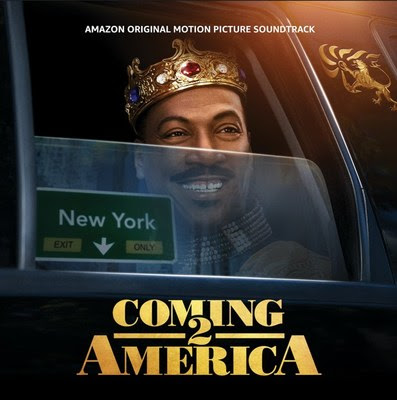 NEW YORK, Feb. 4, 2021 /PRNewswire/ — Def Jam Recordings announces the release of the Coming 2 America Original Motion Picture Soundtrack on March 5, 2021. The album arrives on Amazon Music, Spotify, Apple Music and all streaming platforms alongside the highly anticipated comedy Coming 2 America, which premieres exclusively on Amazon Prime Video in 240 countries and territories the same day. It notably serves as the long-awaited sequel to the 1988 comedy classic, Coming To America.

The original Coming To America boasted a fan-favorite soundtrack with music from The Cover Girls, Chico DeBarge, Mel and Kim, Sister Sledge, and many more. Additionally, it yielded a Billboard Hot 100 hit in the form of The System’s title track “Coming To America” co-written by Nile Rodgers.

Upholding this tradition, the music plays a major role in Coming 2 America once again. The soundtrack’s full tracklisting will be revealed soon.

Prime Video offers customers a vast collection of movies, series, and sports— all available to watch on hundreds of compatible devices.

Prime Video is just one of many shopping and entertainment benefits included with a Prime membership, along with fast, free shipping on millions of Prime-eligible items at Amazon.com, unlimited photo storage, exclusive deals and discounts, and access to ad-free music and Kindle e-books. To sign up or start a 30-day free trial of Prime, visit: amazon.com/prime.