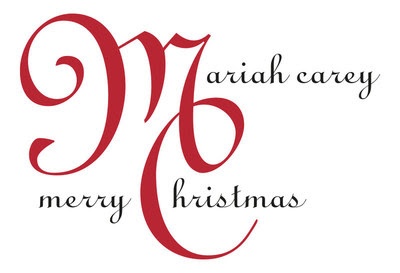 The Mariah Carey Holiday Collection, developed in partnership with NECA, is available for pre-order at MariahCarey.com and this holiday season at Target and Wal-Mart

Inspired by her record-breaking classic “All I Want for Christmas Is You,” fans and those who enjoy the holidays will see the popular song title, as well as animated versions of Mariah and her beloved dog Cha Cha incorporated throughout. The collection is personal to Carey, she has designed products that she and her family love to use and enjoy during the holidays.

“I’m not sure if you’re aware but Christmas is kind of my thing! Ha ha! Putting together this line was so much fun because I added my own festive spin to traditional holiday merchandise. I worked on it all year long and now it’s finally time to share my holiday collection with you all Merry Christmas!”

This holiday collection of Christmas collectibles ranges from cozy – including blankets, throw pillows, socks and slippers, to festive – with adorable pet outfits, stockings, an ornament, a plush Mariah and Cha Cha, holiday cards and an extensive wrapping paper kit!

Look for Mariah this holiday season at Target and Wal-Mart or pre-order items now at MariahCarey.com.

Mariah Carey has consistently dominated the airwaves with 19 Billboard Hot 100 #1 Singles and more than 200 million albums sold to date. Mariah’s “All I Want for Christmas Is You” is not only a 6x platinum song, but also a worldwide phenomenon that is played year-round and even more heavily during the holiday season.

The Mariah Carey Holiday Collection will bring the magic of Christmas to you, your home and loved ones.

NECA (National Entertainment Collectibles Association) is a leading creator, marketer and global distributor of licensed consumer products based on some of the world’s most recognizable movies, video games, comic books and pop culture influences. The NECA group of companies includes game developer and publisher WizKids, urban vinyl icon Kidrobot, and Joseph Enterprises, Inc, the creator of Chia Pet, The Clapper and other iconic American Products

Mariah Carey is an author, entrepreneur, philanthropist, producer and multiple award-winning artist and songwriter. She is the best-selling female artist of all time with more than 200 million albums sold to-date and 19 Billboard Hot 100 #1 singles (18 of which are self-penned) – more than any other artist in history. With her distinct five-octave vocal range, prolific songwriting, and producing talent, Carey is truly the template of modern pop performance. Mariah is also an inductee to the Songwriters Hall of Fame, and has been recognized with multiple Grammy Awards, numerous American Music Awards, three Guinness World Record titles, both Billboard’s “Artist of the Decade” and “Icon” awards, the World Music Award for “World’s Best-selling Female Artist of the Millennium,” the Ivor Novello Award for “PRS for Music Special International Award,” and BMI’s “Icon Award” for her outstanding achievements in songwriting, to name a few.

Carey’s cultural impact has transcended the music industry to leave an indelible imprint upon the world at large. In 2009, Carey was recognized with the Breakthrough Performance Award at the Palm Spring International Film Festival for her critically acclaimed role in Lee Daniels “Precious.” A Congressional Award recipient, Carey has selflessly donated her time and energy to a range of philanthropic causes near to her heart including save the Music, the Make-A-Wish Foundation, World Hunger Relief, and the Elton John AIDS Foundation, among many others. A tremendous supporter of children’s charities, both domestic and international, Carey founded Camp Mariah in partnership with the Fresh Air Fund, a retreat for inner city children to explore career development. In 2020, Mariah’s riveting memoir The Meaning of Mariah Carey was recognized as a New York Times #1 bestseller upon release. In 2021 she announced the launch of her foray into the world of spirits with Black Irish – an Irish cream with a name that serves as a playful nod to her family heritage.