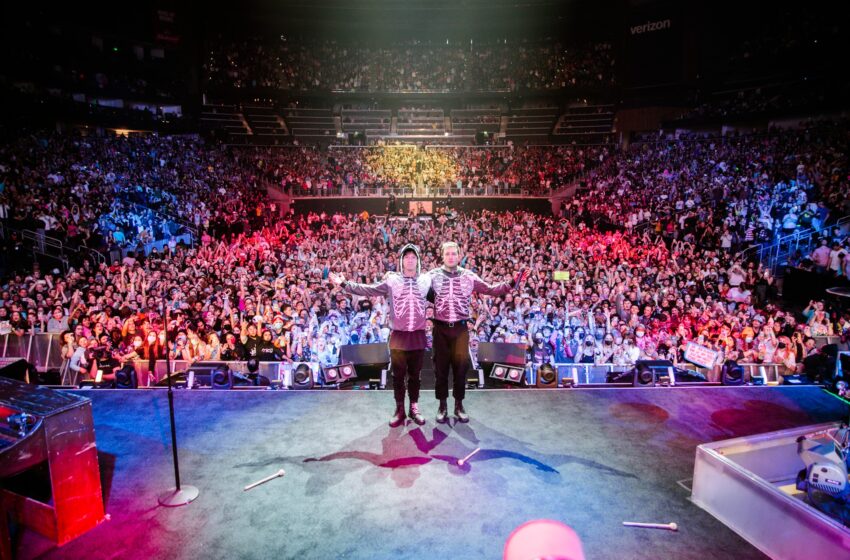 Powerhouse duo to perform intimate concert of megahits for superfans

Twenty One Pilots’ Global Music Special marks the beginning of MTV Unplugged’s partnership with Rockstar Energy Drink, bringing fans a first-of-its-kind, 3-part music series tied to the launch of Rockstar Unplugged, the brand’s newest beverage focused on providing the right amount of caffeine when you need it. In this latest edition of the iconic MTV Unplugged series, Twenty One Pilots take the stage in Los Angeles to perform stripped-back and reimagined versions of some of their biggest and most beloved songs from their catalog. This concert continues the band’s long-standing relationship with MTV, having most recently rocked the stage at the 2021 MTV Video Music Awards with an electric performance of their smash hit single “Saturday”. They also received two nominations that year for Group of the Year and Best Alternative Video (“Shy Away”).

The news comes as the duo gears up for a global takeover with “The Icy Tour” making stops across North America and Europe this summer and fall. Additionally, they will host the upcoming “Twenty One Pilots Cinema Experience” film event, which will bring fans an extended cut of the duo’s 2021 album release livestream performance with audio and video remastered for the big screen, and more than 20 minutes of never-before-seen footage.

After shifting to an at-home concert model in Spring 2020 with Miley Cyrus, the celebrated “MTV Unplugged” series returned to its original format in 2021 with a dynamic performance from K-pop superstars “BTS”; and a legendary pairing from music royalty Tony Bennett and Lady Gaga.

Rockstar Energy has a rich history in music and cultural moments, and the partnership with MTV Unplugged gives music and energy drink fans a reason to celebrate. Following the Los Angeles performance, Rockstar Energy and MTV Unplugged will take the show on the road for two additional concerts in New York City and Atlanta in 2022.

MTV is the leading global youth media brand across every platform with operations that span cable and mobile networks, live events, theatrical films and MTV Studios, a unit focused on developing series for SVOD and linear distribution partners.

About Twenty One Pilots

GRAMMY® Award-winning Twenty One Pilots quietly emerged as one of the most successful bands of the 21st century and redefined the sound of a generation. After billions of streams and dozens of multi-Platinum certifications around the world, the history-making Columbus, OH duo—Tyler Joseph and Josh Dun—ascended to a creative and critical high watermark on their new full-length album, Scaled And Icy. The album debuted at No. 1 on Billboard’s Top “Rock Albums” and “Alternative Albums” charts, while landing at No. 3 on the “Billboard 200,” marking the biggest opening week for a rock album in 2021. Among a collection of anthems, Scaled And Icy spawned “Shy Away,” which spent eight consecutive weeks at #1 at Alternative Radio, as well as “Saturday” and “The Outside,” both of which also climbed to #1 at Alternative Radio. Scaled And Icy follows Twenty One Pilots’ 2018 Platinum certified album TRENCH, which features the platinum singles: “Chlorine,” “My Blood,” and the GRAMMY® Award-nominated “Jumpsuit.”  The album graced spots on “Best of” year-end lists by Billboard, KERRANG!, Alternative Press, and Rock Sound—who placed it at #1. Formed in 2009, the guys grinded towards this moment following the mainstream breakout of 2015’s BLURRYFACE. Certified quadruple-platinum in the U.S., it was declared the first album ever to have every one of its songs certified Gold or Platinum by the RIAA, and garnered a GRAMMY® Award for the Diamond certified “Stressed Out.”  In 2019 Twenty One Pilots announced that their 2013 LP Vessel achieved the same Gold & Platinum milestone with every individual track from the album receiving Gold, Platinum or Multi-Platinum certification from the RIAA, making the duo the first artist / group with two albums to reach this landmark achievement.

Founded in 2001, Rockstar Energy Drink produces beverages that celebrate the young hustlers focused on their journey. With over 20 Rockstar Energy products and five sublines available at convenience and grocery outlets in over 30 countries globally, Rockstar Energy gives you a bold, refreshing boost, full of benefits, and loaded with flavors. For more information, visit www.rockstarenergy.com

PepsiCo products are enjoyed by consumers more than one billion times a day in more than 200 countries and territories around the world. PepsiCo generated $70 billion in net revenue in 2020, driven by a complementary beverage and convenient foods portfolio that includes Lays, Doritos, Cheetos, Gatorade, Pepsi-Cola, Mountain Dew, Quaker, and SodaStream. PepsiCo’s product portfolio includes a wide range of enjoyable foods and beverages, including many iconic brands that generate more than $1 billion each in estimated annual retail sales.

Guiding PepsiCo is our vision to Be the Global Leader in Beverages and Convenient Foods by Winning with PepsiCo Positive (pep+). pep+ is our strategic end-to-end transformation that puts sustainability at the center of how we will create value and growth by operating within planetary boundaries and inspiring positive change for planet and people. For more information, visit www.pepsico.com.