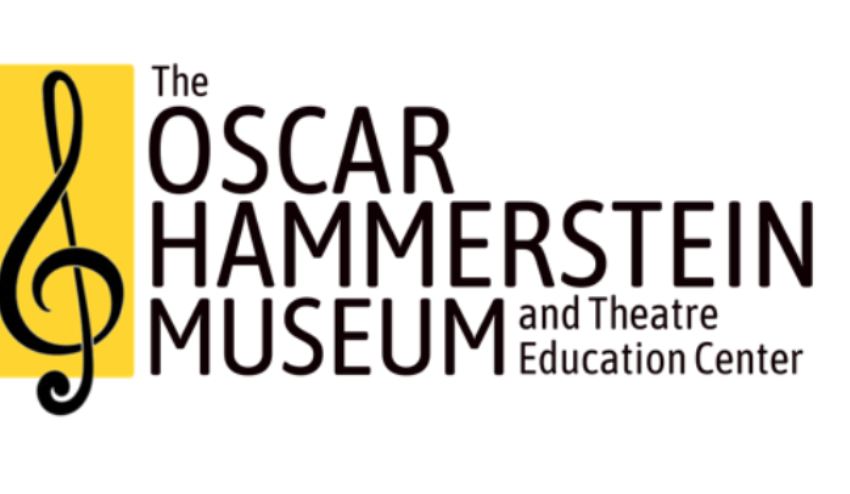 The gala will support OHMTEC’s fundraising campaign to purchase, restore, and preserve Highland Farm in Doylestown, Pennsylvania, Oscar Hammerstein II’s former home and creative epicenter. The mission is to honor Hammerstein’s work as a librettist and lyricist, and his legacy of mentorship and social activism.

“This very special event will be an opportunity to join the chorus of people who are lending their voices to support the preservation of this national treasure for generations to come,” said Greg Roth, President of the OHMTEC Board of Directors. “The museum will be an inspiring place for musical theater enthusiasts and the theatre education center will provide an opportunity for children to learn, create, write, and perform – just as Stephen Sondheim was taught as a young man by Oscar himself in that very place.”

The Hammerstein family lived at Highland Farm for the last 20 years of Oscar’s life. This is the place where he forged his legendary partnership with Richard Rodgers and that inspired many of their greatest musical works, including The Sound of Music, Carousel, The King and I, Oklahoma! and South Pacific. At Highland Farm, Hammerstein wrote the lyrics to songs loved the world over, including the final lyrics he wrote before his death, “Bless my homeland forever,” from the song “Edelweiss” in The Sound of Music.

The historic house at Highland Farm is also the place where Hammerstein mentored a young Stephen Sondheim, and where he contributed to society by increasing our awareness of social issues and the need for tolerance of diversity, as illustrated in songs like “You’ve Got to Be Carefully Taught,” from South Pacific. Over 75 Academy Awards, Grammy Awards, Tony Awards, and Pulitzer Prizes can be directly traced back to Highland Farm.

OHMTEC’s goal is to create a multifaceted and dynamic museum experience, with a strong theatre education component, serving as a place of inspiration for Broadway fans and humanitarians alike. Through fundraising efforts, grants and private donations, OHMTEC has raised nearly $1 million towards the purchase of Highland Farm. The project is the recipient of a $500,000 matching grant from the state of Pennsylvania. An additional $1 million is needed to complete this first phase of the project, to purchase and preserve the home.

The Inn at Barley Sheaf Farm, the venue for the gala, is the former estate of George S. Kaufman. Oscar Hammerstein is known to have spent time with Kaufman here, where writers and celebrities of the time would often come for dinner or for the weekend.

Ticket information will be available on OHMTEC’s website https://www.hammersteinmuseum.org beginning April 30. OHMTEC is a registered non-profit organization, and a portion of ticket purchases are tax-deductible.

ABOUT CHRISTY ALTOMARE: Christy Altomare starred as Anya in Anastasia, Sophia in Mama Mia, Wendla in Spring Awakening, Guinevere in Camelot at the Drury Lane Theatre, Sue Snell in Carrie at MCC and recently The Wanderer at Papermill Playhouse. https://christyaltomare.com

ABOUT DEREK KLENA: Derek Klena received a Tony nomination for the role of Nick Healy in Broadway’s Jagged Little Pill, performed Fiyero in Wicked, Michael in The Bridges of Madison County and Dmitry in Anastasia. He is also known for playing Adam Turnbull in The Code on CBS and for his appearances on Unbreakable Kimmy Schmidt as DJ Fingablast.

ABOUT JUSTIN GUARINI: Justin Guarini rose to national fame on the first season of American Idol. Broadway credits include In Transit as Trent, Romeo & Juliet as Paris, Women on the Verge of a Nervous Breakdown as Carlos, and Wicked as Fiyero. https://www.justinguarini.com.

ABOUT TED CHAPIN: Ted Chapin served as the President and Chief Creative Officer of the Rodgers and Hammerstein Organization for forty years. Eight Tony Award-winning Broadway revivals and several television specials happened under his auspices. He serves on many boards, the American Theatre Wing, New York City Center, the Kurt Weill Foundation for Music, and was the head of the Advisory Committee for the Encores! series. He has appeared on many musical theatre documentaries and television programs, hosted the NJTV program American Songbook at NJPAC, and has lectured at colleges and universities from Yale to Duke. When his book, “Everything was Possible – the Birth of the Musical ‘Follies’” was published, it won an ASCAP/Deems Taylor Award and a Special Jury Prize for Distinguished Achievement by the Theatre Library Association.