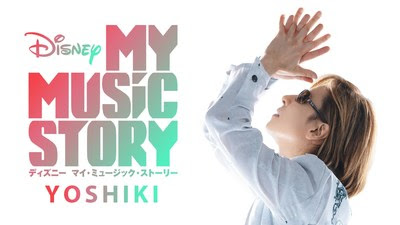 2021 PRIMED TO BE ANOTHER MASSIVE YEAR FOR THIS SUPERSTAR

LOS ANGELES, Jan. 22, 2021 /PRNewswire/ — Today, Disney+ announces that the U.S. premiere of “My Music Story: YOSHIKI” will debut on Friday, February 5th. YOSHIKI is the internationally-renowned rock star, named “one of the most influential composers in Japanese history.” In the Disney+ original, which is subtitled in English, YOSHIKI performs reimagined versions of two Disney classics: “Let It Go” from Frozen and “Can You Feel the Love Tonight” from The Lion King, along with his own compositions. YOSHIKI also gives viewers a behind-the-scenes look at his recording process and how he shaped the arrangements in his Hollywood studio.

In addition to YOSHIKI’s Disney+ episode launching in America, YOSHIKI has a tremendous slew of artistic and entrepreneurial projects and accomplishments.

Here are the highlights:

Yoshiki is a composer, classically-trained pianist, rock drummer, and the leader of the rock group X Japan. One of the most influential composers in Japanese history, Yoshiki has sold a combined 50 million albums and singles worldwide as a solo artist and as leader of the stadium-packing rock group X Japan. Yoshiki was named by Consequence of Sound as “one of the most influential musicians and composers in Japanese history” and is described by Billboard Magazine as “prolific” and “a musical innovator.” His works span multiple genres, including rock, pop, classical and film.

YOSHIKI ON THE WEB: