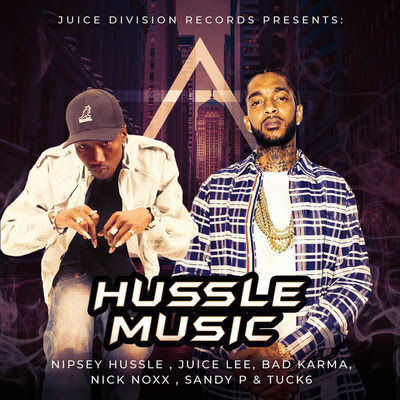 SAN DIEGO, Calif., May 28, 2021 /PRNewswire/ — The hip hop world received a blessing in the form of two new authentic unreleased Nipsey Hussle tracks. This surprise release is coming after Juice Division Records CEO Juice Lee announced January that he was going in the vault to release six unheard Nipsey Hussle tracks before the year end.

These unheard tracks were recorded mainly in San Diego & Nipsey Hussle Downtown studio location. All features alongside Nipsey Hussle on these tracks are with San Diego artists. Nipsey showed a lot of love to San Diego after collaborating with Juice Division Records CEO Juice Lee in late 2008 after Nipsey Hussle signed his first deal to Epic Records. That same collaboration was also one of Nipsey Hussle’s first times getting paid for a verse.

After the song with Nipsey Hussle & Juice Lee was released, Nipsey Hussle would return numerous times a year to collaborate with San Diego rap artists.

Listen to tracks on Spotify: