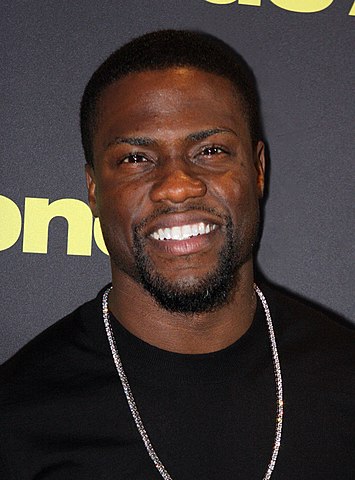 NEW YORK, July 16, 2020 /PRNewswire/ — SiriusXM announced today the Just For Laughs Virtual Comedy Festival. The special programming will air across numerous SiriusXM comedy channels from July 20-25, the dates during which the world-renowned annual festival was originally scheduled to take place in Montreal. As previously announced, the postponed dates for the in-person festival will now take place this Fall.

Throughout each day, the excitement of attending the Just For Laughs Comedy Festival will be re-created virtually, delivered directly to SiriusXM subscribers in their cars, at home, on-the-go, or wherever they choose to listen with their connected devices. Two one-hour specials will air every day on five SiriusXM comedy channels, hosted with fresh commentary from stars including Kevin Hart, Howie Mandel, Ronny Chieng, Caroline Rhea, Jim Norton, Alonzo Bodden, and many more.

In addition, the best stand up tracks from previous Just For Laughs shows throughout its 37 year history will highlight some of the most iconic comedy sets, including segment’s from Andy Kindler’s biting “State Of The Industry” speeches as part of ComedyPRO. Pandora will also feature a suite of Just For Laughs comedy playlists reflecting the festival’s diverse and hilarious programming.

“We were thrilled when SiriusXM approached us with this idea. Now, on what would have been this year’s festival dates, we will carry on the tradition by sharing some of the greatest performances from our 37 years of festivals which includes some amazing homegrown Canadian content” says Bruce Hills, President of Just For Laughs.

“Just For Laughs is the world’s premier comedy festival that we look forward to being a part of every year,” said Jack Vaughn, SiriusXM’s Senior Vice President of Comedy Programming. “So while we can’t be in Montreal this summer, going to shows, eating poutine way too late, and dodging giant political street puppets, SiriusXM is thrilled to team up with the festival to create the next best thing.”

From July 20-25, the two one-hour shows will air each day on SiriusXM’s comedy channels:

SiriusXM has several offers for new subscribers including three months of a SiriusXM Essential or Premier Streaming subscription, plus a free Amazon Echo Dot, for the introductory rate of $1, plus fees and taxes. See Offer Details below and visit siriusxm.com/3for1 to subscribe.

About Just For Laughs Group

Founded in 1983, Just For Laughs Group is the world’s largest player in the comedy industry. Under the management of the CH Group, Bell Media and ICM Partners, the company is positioning itself as an international power for multi-platform comedy content creation. Each year, it entertains millions of spectators with festivals on Canadian and international stages, from Montreal — the world’s largest comedy event — to Toronto, Vancouver, Sydney and Bermuda. The Group programs thousands of comedians from Canada and abroad, including established and up-and-coming artists; sets up its own comedy shows and musicals; produces touring shows; broadcasts digital and television content (including Gags, programmed in 150 countries and followed by 10 million users on YouTube); manages talented designers and is behind the ComedyPRO and JPR Pro professional gatherings. hahaha.com

OFFER DETAILS: Activate an Essential or Premier streaming subscription and get your first 3 months for $1.00 and get a free Echo Dot (3rd generation), while supplies last. Fees and taxes apply.  A credit card is required on this offer.  Service will automatically renew thereafter every month. At the beginning of your fourth month, you will be charged at then-current rates (currently $8/month for Essential and $13/month for Premier).  Please see our Customer Agreement at www.siriusxm.com for complete terms and how to cancel, which includes calling us at 1-866-635-2349. All fees, content and features are subject to change. This offer cannot be combined with any other and may be modified or terminated at any time. Offer good only for new SiriusXM streaming subscriptions. Channel lineup varies by package. Limit 1 free Echo Dot regardless of promotion or number of subscriptions purchased.  This offer is presented exclusively by SiriusXM.

Echo Dot will be fulfilled through the use of a coupon code in checkout at Amazon.com.  Coupon code will be provided by SiriusXM after subscription activation along with redemption details. The Echo Dot is sold by Amazon.com Services, LLC. Use of the Echo Dot device is subject to the terms found here: www.amazon.com. Amazon, Alexa, Echo, and all related marks are trademarks of Amazon.com, Inc. or its affiliates.