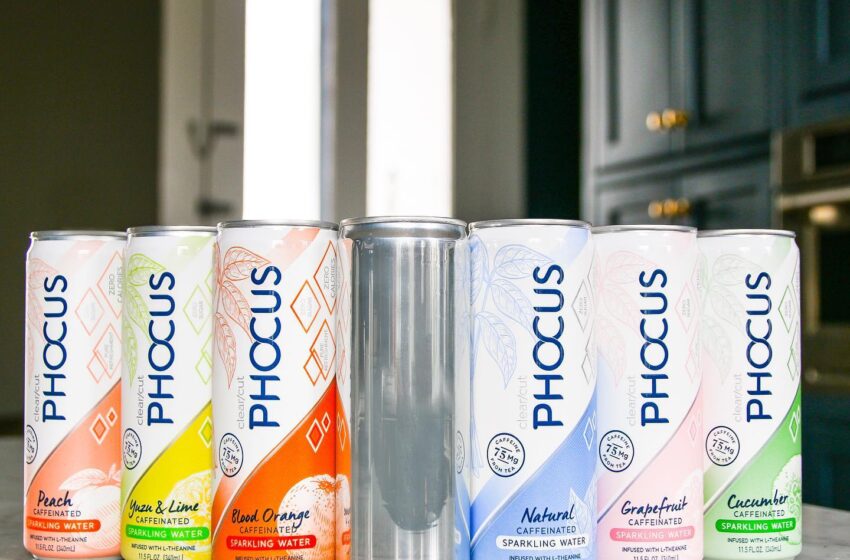 The Food Waste Event at the Javits Center on September 27, 2019 had healthy products. Here we tried fine foods, drinks, coffee, and one beer. People want an energy drink without the sugar and excessive caffeine. Phocus with their caffeinated sparkling water will solve that desire.

Phocus contains zero calories, zero sugar, and is naturally flavored with botanical extracts. Phocus is sparkling water, charged with the caffeine that is extracted when decaffeinating green tea and infused with L-Theanine– green tea’s amino acid. When combined with caffeine, L-Theanine is shown to increase cognitive performance and help with focus and even mood. There is 75mg of caffeine in an 11.5 ounce serving.

The water is purified using reverse osmosis and carbon towers as well as UV light filtration. There are zero calories, sugar, sweeteners and carbs. It is vegan, gluten-free, non-GMO, and Kosher.

Their flavors are similarly derived from fruit and plant-based extracts, and currently include Blood Orange, Grapefruit, Yuzu & Lime, Cucumber, Peach, and a natural sparkling water. Their Peach flavor was just launched in August 2019.

Clear/Cut Phocus teamed up with Big Geyser to take sparkling caffeinated water to New York. One of the ladies told Lewis Hershkowitz, CEO of Big Geyser, about Phocus while on vacation on St. Thomas.

The past year was very good for the company that is now in 800 CVS stores and 200 grocery outlets including Lucky Markets and Giants. Their expansion is also in Florida, Ohio, Connecticut, Indiana, and Tennessee.

John Mittel who dropped out from Medical School at University of Louisville in his second year, came up with this product. He found himself hitting a wall when studying late. He did not want coffee, nor sugar filled energy drinks nor soft drinks. Now with his product he had the desirable qualities.

More can be found about these fine products at www.drinkphocus.com .