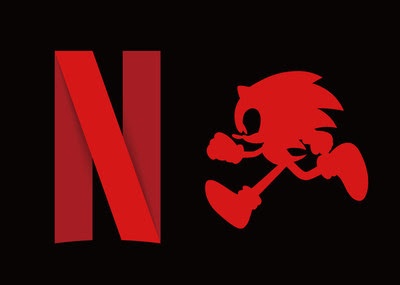 Netflix, SEGA and WildBrain announce a new animated Sonic the Hedgehog series, Sonic Prime, set to premiere worldwide in 2022. The 24-episode animated adventure draws upon the keystones of the brand and features the “Blue Blur” of video game fame in a high-octane adventure where the fate of a strange new multiverse rests in his gloved hands. Sonic’s adventure is about more than a race to save the universe, it’s a journey of self-discovery and redemption. (CNW Group/WildBrain Ltd.)

About SEGA of America

SEGA® of America, Inc. is the American arm of Tokyo, Japan-based SEGA CORPORATION, a worldwide leader in interactive entertainment both inside and outside the home. The company develops, publishes and distributes interactive entertainment software products for a variety of hardware platforms including PC, wireless devices, and those manufactured by Nintendo, Microsoft and Sony Interactive Entertainment Inc. SEGA of America’s website is located at www.sega.com. To stay current on Sonic the Hedgehog news, follow Sonic on Twitter and Instagram, like him on Facebook, and subscribe to the Twitch channel and the YouTube channel. Please visit the official Sonic website www.sonicthehedgehog.com and don’t forget to visit the SEGA e-shop at shop.sega.com for new and exclusive products for the ultimate SEGA fan.

At WildBrain we inspire imaginations to run wild, engaging kids and families everywhere with great content across all media. With approximately 13,000 half-hours of filmed entertainment in our library – one of the world’s most extensive – we are home to such brands as Peanuts, Teletubbies, Strawberry Shortcake, Caillou, Inspector Gadget, Johnny Test and Degrassi. At our 75,000-square-foot state-of-the-art animation studio in Vancouver, BC, we produce such fan-favourite series as Snoopy in Space, Chip & Potato, Carmen Sandiego and more. Our shows are enjoyed worldwide in more than 150 countries on over 500 streaming platforms and telecasters, and our AVOD business – WildBrain Spark – offers one of the largest networks of kids’ channels on YouTube, garnering approximately four billion views per month from over 200 million subscribers. We also license consumer products and location-based entertainment in every major territory for our own properties as well as for our clients and content partners. Our television group owns and operates four family entertainment channels that are among the most viewed in Canada. WildBrain is headquartered in Canada with offices worldwide and trades on the Toronto Stock Exchange (TSX: WILD). Visit us at www.wildbrain.com.

About Man of Action Entertainment

Man of Action Entertainment are Joe Casey, Joe Kelly, Duncan Rouleau and Steven T. Seagle, the writers’ collective behind comic’s largest franchise characters as well as their original concepts published under their Man of Action banner at Image Comics. Their creations include Ben 10, the $6 billion boys’ action franchise for which they executive produce the new iteration, in season four on Cartoon Network. Dentsu handpicked them to develop, write and executive produce the Mega Man: Fully Charged series that debuted in 2018 on Cartoon Network. They developed and Executive Produce Power Players, that debuted on Cartoon Network in 2019. Man of Action Entertainment also created the Zak Storm: Super Pirate series for ZAG airing on Netflix and previously created Generator Rex and launched Disney XD’s Marvel’s Ultimate Spider-Man and Marvel’s Avengers Assemble series as EXP/writers. Man of Action Entertainment created the characters and team featured in Big Hero 6, Disney/Marvel’s Academy Award®-winning feature. In addition to creating successful video games, toy lines and comic books, Man of Action Entertainment are the creator/producer/writers of current and upcoming feature films and live-action TV series based on their original comic books and graphic novels including the critically-acclaimed I Kill Giants feature film released in 2018, the Officer Downe feature in 2016.  http://manofaction.tv; http://www.Facebook.com/ManOfActionEnt; http://www.Twitter.com/ManOfActionEnt; http://instagram.com/ManOfActionENT