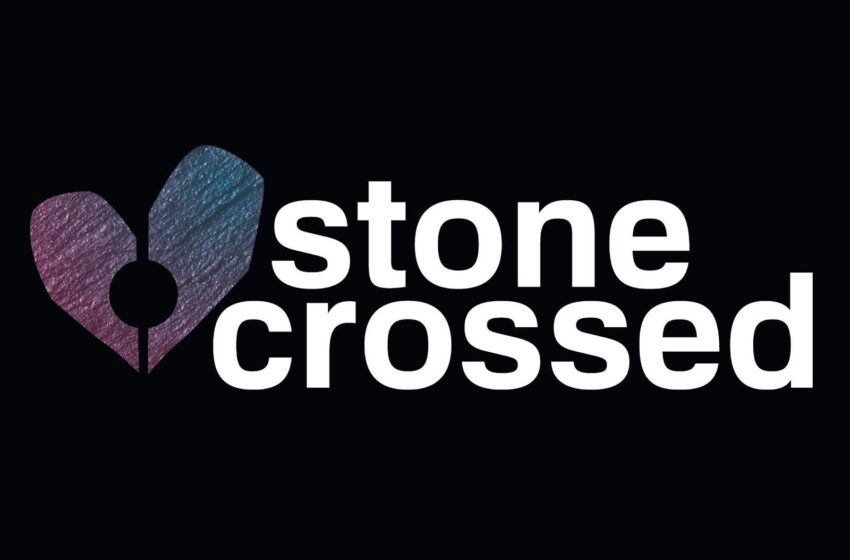 It’s the Stone Age, and the land of Arkose is divided into two sides by a fault line. Following the teachings from their ancestors and paintings on cave walls, each believes that the other is dangerous, and so stay away from each other; keeping to their own side. STONE CROSSED tells the story of two young lovers whose lives are changed forever when they inadvertently cross the divide. Falling instantly in love, Stoney & Jewel discover that they are more the same than they are different, despite what they had been taught to believe and start to question what has been painted in stone.

Will these stone-crossed lovers choose a shorter life together over a longer life apart?

“In 2019 there was a workshop production of this show presented by Proctor’s Theater,” says STONE CROSSED creator Philip David Stern. “The response to the show was very positive and when a fan of the show excitedly asked where they could listen to the music, it occurred to me that the answer was ‘nowhere.’ I have dedicated many years creating, producing and touring original live musicals and, as surprising as it may seem, STONE CROSSED is the first time my theater music is available to listen to beyond the theater. The album began pre-pandemic with sessions in NYC, and on March 9th, 2020 I had my last in-person session, and embarked on completing the rest of the album remotely. From Canada to LA, Tennessee to Texas, ten recording studios and over 25 incredibly gifted artists and engineers later, I am grateful to share my somewhat utopian vision of a world in which asking the hard questions leads to love.”

Readers may sign up for email alerts when the album goes on sale at www.broadwayrecords.com/stone-crossed-alerts.

9. Me Without You – Tuff (featuring Alex Boniello)

16. If I Can Sleep – Jewel (featuring Celia Rose Gooding)

STONE CROSSED is Mixed by Philip David Stern and assisted by Chris Gilroy and Mastered by Joe Lambert.

Philip David Stern is a composer and the executive director of New York Stage Originals (NYSO), where he has been creating exciting original theatricals for over two decades alongside creative partner Lisa Hopkins. Originally from Toronto, Canada, Stern studied composition at the Royal Conservatory of Music and was a longtime Canadian television composer for producer and documentary guru Rudy Buttignol. After moving to New York City, Stern studied at BMI Jazz Composers Workshop under Manny Albam and created jazz orchestra scores and commissions for dance music. In 1998, Stern wrote his first musical, Scrooge In Concert, which soon after premiered off-Broadway at the Lamb’s Theater. After founding his production company, Stern co-wrote the hit show TAP KIDS, as well as Dream, a classic-contemporary retelling of A Midsummer Night’s Dream. In 2018, NYSO forged a collaboration with Proctor’s Theater and mounted a production of Stern’s musical Young Dr. Jekyll. Following this success, NYSO and Proctors partnered again in 2019 to produce Stone Crossed (formerly Heart of Stone). Stern is an alumnus of the University of Toronto and the Los Angeles ASCAP Film Composers Workshop. Stern recently launched NYSO Records, with the aim of creating A-level cast albums from NYSO’s highly acclaimed roster. Future anticipated album releases include Scrooge (2021), Young Doctor Jekyll (2022) and Dream (2022). For more information about Philip and his work, visit pdstern.com / nystage.com.

Broadway Records is the leading, Grammy® winning record label dedicated to releasing the most popular and current Broadway cast recordings, as well as preserving legacy musical theatre and theatre vocalists repertoire. Under the leadership of Broadway Records’ president and founder Van Dean, recent releases include: If The Fates Allow: The Hadestown Holiday Album, Lea Salonga Live In Concert with the Sydney Symphony Orchestra, Marguerite starring Cady Huffman, the Broadway star-filled Wellsongs Project, Legacy: Two Song Cycles by Ahrens and Flaherty, Georgia On My Mind with an all-star Broadway cast, the soundstage recording of Estella Scrooge, the Grammy® and Tony Award-winning revival of The Color Purple, the Tony Award® winning and Grammy® nominated revival of Once On This Island, the Grammy® nominated Matilda The Musical, Fiddler on the Roof (2015 revival) and My Fair Lady (2018 revival), Anastasia, Bandstand, Groundhog Day, The Lightning Thief and NBC’s television events, “The Wiz Live!” and “Peter Pan Live!”. The label’s critically-acclaimed “Live at Feinstein’s/54 Below” series features top Broadway stars including Patti LuPone, Aaron Tveit, Annaleigh Ashford, Norbert Leo Butz, Sierra Boggess, Laura Benanti, Emily Skinner & Alice Ripley, Adam Pascal & Anthony Rapp, Micky Dolenz and many others. Broadway Records has partnered with the Black Theatre Coalition to create Black Writers Amplified, an album consisting entirely of new works by Black musical theatre writers, a project to immediately take steps toward significantly increased representation of Black writers in musical theatre. Black Writers Amplified will be released in 2021 and act as a resource for artistic directors, producers and other theatre creators to find and support new voices and emerging Black talent. Broadway Records philanthropic endeavors also include the “Broadway For Orlando: What The World Needs Now is Love”, “We Are The World” by Broadway United and “Broadway Kids Against Bullying: I Have a Voice” music videos and From Broadway With Love benefit concerts for Sandy Hook, Orlando (Emmy Award for Sound) and Parkland. www.BroadwayRecords.com