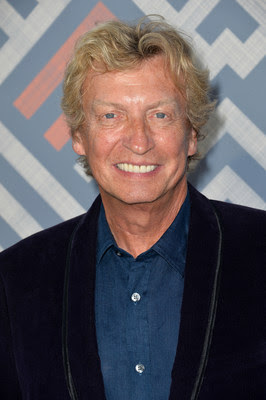 “So You Think You Can Fight” will follow in a similar format to “So You Think You Can Dance,” but with a unique twist. The series will pair a celebrity action star with a pro fighter, each who will select an amateur boxer through a global talent search and competition, along with audience voting and participation. The selected contestants will each go through rigorous mental and physical training, squaring off against each other with one winner for each category, lightweight, heavyweight and MMA. Each winner will go on to a pro bout on a Triller Fight Club main event that will launch their pro boxing career.

Lythgoe is already at work on the Triller Fight Club’s upcoming June 19 event at Miami’s loanDepot park, which will be themed “The Greatest Showman” in recognition of boxing’s current showman, undefeated Teófimo López, who is putting his five championship belts on the line in the headline fight against the undefeated George Kambosos Jr. for the undisputed lightweight champion of the world. The June 19 event will make history by having men’s and women’s undisputed title fights on the same card for the first time ever, with Franchon Crews-Dezurn taking on Elin Cederroos in a four-belt title bout on the main card.

The June 19 event will be followed by Triller Fight Club’s August event, in which one of the world’s most respected and accomplished athletes, Evander “The Real Deal” Holyfield, the only person ever to win the World Heavyweight Title four times, will return to the ring to fight Kevin McBride in a six-round fight. The veteran McBride (35-10-1) is best known for ending the career of Mike Tyson in June of 2005 when Tyson retired in the sixth round in Washington, DC. The action will continue in September, when Triller Fight Club hosts the highly anticipated comeback of the Golden Boy himself, Oscar De La Hoya, in a match-up to be announced this summer.

“Nigel Lythgoe is a giant among giants, and his new role at Triller is a total game changer for us,” said Ryan Kavanaugh. “Nigel has changed the face of competition-based television around the world, and there is no one better to help us bring the excitement of Triller Fight Club to our global audiences, both through our exciting new streaming series and by adding his visionary storytelling abilities to our Fight Club events. We could not be more excited to welcome Nigel to the Triller team.”

Snoop Dogg, partner in Triller Fight Club, noted, “Boxing and dancing share the same movements and the same rhythm, and who better to take Fight Club to the next level that the person who brought the world ‘American Idol’ and ‘So You Think You Can Dance,’ the iconic talent discovery platforms where music, competition, movement and showmanship all count towards the victory, which in our case is hopefully by a knockout.”

Nigel Lythgoe commented, “Triller has built something extraordinary, and they truly have their finger on the pulse of where live event entertainment is headed. As a lifelong fan of music and boxing, I am thrilled to be getting into the ring with Ryan, Snoop and the whole Triller team to join their disruptive and innovative journey. Everyone is fighting for something in this world, and I’m excited to tell the many fascinating stories behind the raised gloves.”

Nigel Lythgoe is the co-creator, executive producer and head judge of Fox’s “So You Think You Can Dance” which launched in 2005. Lythgoe produced “Pop Idol” in the UK and its U.S. edition, “American Idol,” which helped change the face of American reality television. Nigel began his career as a dancer and later as a choreographer, eventually choreographing over 500 TV shows. He segued into producing television as Head of Entertainment and Comedy at London Weekend Television, where he commissioned and produced legendary TV shows including “Gladiators” (produced as “American Gladiators” in the US) and “Blind Date.”

“So You Think You Can Fight” is expected to launch later this year on Triller’s new live streaming platform Triller Verzuz TV, which was formed through TrillerNet’s recent acquisitions of Swizz Beatz and Timbaland’s ground-breaking live-streaming channel Verzuz and premier global live-event streaming platform FITE (FITE.tv).

The new series is inspired by the growing popularity of boxing among Millennials and Gen Z and by Triller’s successful expansion into boxing, which began with the now-legendary Mike Tyson vs Roy Jones Jr fight and music spectacle that shattered records for digital Pay Per Views in November 2020. Formalized as Triller Fight Club in partnership with Snoop Dogg, the next event was the April 17 Jake Paul vs Ben Askren PPV fight, which became one of the most talked-about, most bet-on and most-pirated sporting events of 2021. The PPV featured nine additional fights as well as performances by music superstars Justin Bieber, Ice Cube, Snoop Dogg, The Black Keys, Doja Cat, Saweetie, Diplo, Major Lazer and commentators including “SNL”‘s Pete Davidson and internet stars Charli and Dixie D’Amelio.

Triller Fight Club is built around a new approach to four quadrant entertainment; bringing fans of music and boxing together for an unprecedented entertainment experience. Launched in 2020 with the Tyson vs. Jones PPV fight, which shattered all digital fight PPV records and became the 8th most successful Fight PPV in history, Triller Fight Club has continued to evolve into the vision of founders Ryan Kavanaugh and Snoop Dog. Triller Fight Club is redefining the sport of boxing as a media property by pairing some of the world’s hottest music and entertainment talent with a growing roster of elite, telegenic and eclectic athletes, including legends of their discipline and rising stars from around the world.

Triller Fight Club is owned by TrillerNet, a first-of-its-kind company consolidating technology and content platforms to lead the move to Internet 3.0. TrillerNet pairs the culture of music with sports, fashion, entertainment and influencers through a 360-degree view of content and technology. TrillerNet—which owns the globally popular Triller app used by musicians, celebrities, athletes, and overall culture setters—has more than 300 million users worldwide. The Triller app—unlike other popular short-video apps it is often compared to, encourages its users to post the content created on the app across other social media platforms and websites. The app uses proprietary AI and Machine Learning technology which is uniquely tied to the content rather than the user. By tracking the content, Triller empowers its tastemakers and users to push their content virally to affiliated and non-affiliated sites and networks reaching hundreds of millions of additional users. Data and insights gleaned from the Triller network, its creators, artists and users (from the app and off network) are used to program longer-form content, connect users across the web with the content, and provide unprecedented opportunities for engagement and monetization. TrillerNet has developed highly successful campaigns that begin with the app and continue throughout the entire content and technology ecosystem with some of the biggest brands in the world, including Pepsi, McDonalds, Weedmaps, DraftKings, L’Oreal, and many others. TrillerNet offers brands a unique content and technology solution, including direct deals with the influencers and celebrities. This branded content journey starts with short-form video and can easily expand into valuable long-form content distributed through the Triller Network, such as live-event boxing and music PPVs, fashion shows, and episodic reality content on TrillerTV. Some of the more than 65 original half-hour TrillerTV shows include The D’Amelios Family’s “Ask a DAM Question,” Jennifer Lopez In The Morning, Jake Paul: Staying On Top, 2 Chainz Let’s Do It, DJ Khaled’s Spreading Love, Hype House’s Thomas Petrou’s Coffee Talks, Josh Richards’ Josh Pong, Ur Lov’d: the Noah Beck Show, Fat Joe’s Masterclass, The Perez Hilton Show, and Violet Benson’s Too Tired To Be Crazy, among others. TrillerNet additionally owns Verzuz, the massive live-stream music platform launched by Swizz Beatz and Timbaland, and Triller Fight Club (www.TrillerFightClub.com), which launched last year with the highly successful Tyson-Jones Fight which shattered digital PPV records. Other holdings include leading AI-powered customer engagement platform Amplify.ai, and FITE, the premier live event and PPV, AVOD, SVOD streaming platform.

Tags: nigel lythgoe so you think you can fight triller