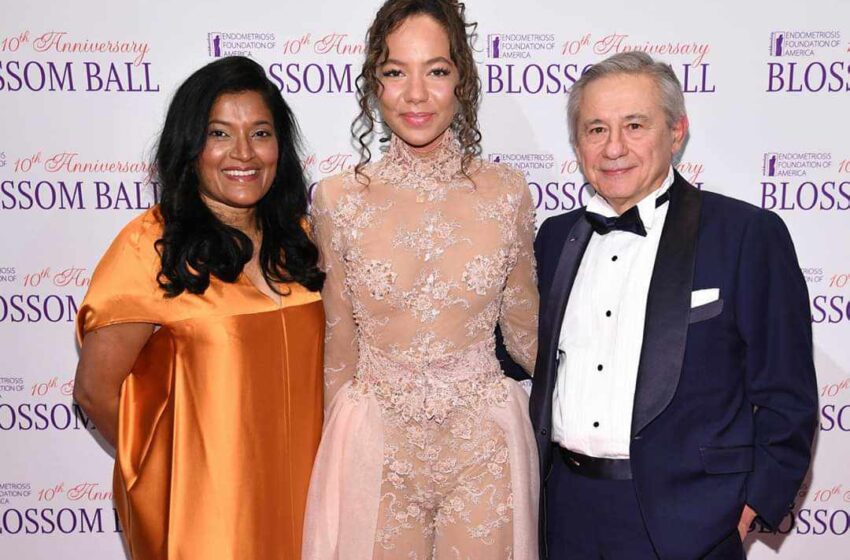 It takes a courageous woman like Padma Parvati Lakshmi Vaidynathan, the talented Dr. Tamer Seckin, and others, to sound the alarms and raise more awareness about endometriosis. Endometriosis occurs when tissue similar to the lining of the uterus, or endometrium, is found outside of the womb, where the tissue should not be.

Endometriosis affects an estimated 1 in 11 women between 15 and 44 in the USA, according to a 2014 study by Esther Eisenberg, M.D. of the National Institute of Child Health and Human Development. This disease affects women mostly in their reproductive years (25-35 years old), and can even affect those in their youth, starting as early as the age of 11. Many women often experience a decade-long delay in diagnosis with many remaining undiagnosed.

it is actually the third leading cause of gynecologic hospitalization and among the leading causes of the estimated 600,000 hysterectomies performed each year in the U.S Endometriosis affects women equally across all racial/ethnic and socioeconomic backgrounds. There is no test for endometriosis, meaning patients cannot have their blood, urine, or saliva tested to confirm the disease. Also, evidence of endometriosis is not visible through computed tomography, magnetic resonance imaging, or even ultrasounds. While imaging tests, pelvic exams, especially rectovaginal exams, can all indicate suspicion of endometriosis, they cannot confirm it. Currently, there is no known cause of endometriosis, and there is no cure.

Despite such disturbing and alarming statistics, endometriosis receives only pennies on the dollar in federally-funded spending for research and public health awareness campaigns. Thanks to the Endometriosis Foundation of America (EndoFound), we learned more about endometriosis and they were able to help with funding over $1 million in total grants for endometriosis research.

Endometriosis Foundation of America’s 10th Annual Blossom Ball, their signature fundraiser, was held on May 8, 2019 at Cipriani Wall Street.

Tamir Seckin, MD, Co-Founder, was proud of the accomplishments of the foundation that were able to provide more funds towards research. The foundation honored Francine Joy Drescher, an American actress, comedian, writer, and activist. She is best known for her role as Fran Fine in the hit TV series “The Nanny.” She is a uterine cancer survivor. Fran is noted for her work as a Public Diplomacy Envoy for Women’s Health Issues for the U.S. State Department.

The organization honored Molly Qerim Rose, an American sports anchor and moderator for ESPN’s “First Take.” Qerim previously was the host of NFL Network’s weekday morning show, “NFL AM,” and “NFL Fantasy Live.” Her husband, Jalen Rose, former NBA superstar and fellow ESPN host, was there to lend his support. In 2018 she disclosed that she has severe endometrosis.

They also honored Alana Baldwin, daughter of Stephen Baldwin. who is an American Model. Stephen and Hailey, her sister, attended to lend their support. She is a supporter of the Endometriosis Foundation of America and often promotes endometriosis awareness through her posts on social media. Also, she supports he Uncle Billy in his charitable efforts.

After the awards, the other co-founder, Padma Parvati Lakshmi Vaidynathan, talked about the progress and her ordeals. Despite her problems she was able to have a daughter. She was proud of the organization’s staff and wants to pass on more responsibility to co-chairs Subrata De and Sandra Gelbard, MD.

We enjoyed the fine singing by the Resistance Revival Chorus, a collective of more than 60 women. They have performed at the Grammy Awards, Carnegie Hall and with notable artists such as Philip Glass and Carly Simon. Some of us stayed at the after party with the excellent DJ Rimarkable.

More about the organization, their resources, and about their events can be found at: endofound.org.