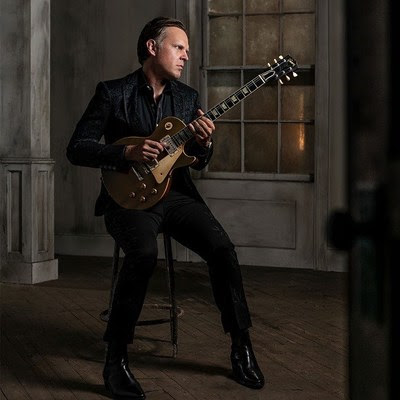 For the 25th time in his career, two time-Grammy nominee Joe Bonamassa sits atop Billboard’s Blues Album Chart, still holding the record for more number 1 albums than any other musician on that chart. His highly acclaimed new studio album Time Clocks, issued on Joe’s record label J&R Adventures, also charted on several other Billboard charts including Independent Albums, Internet Albums, Digital Albums and Rock Album charts; most notable would be debuting at  #7 on the Top Current Album Sales chart, in the company of Ed Sheeran, The Grateful Dead, Megan Thee Stallion and The Beatles. Also, the album has been a huge success over in Europe which sees the album charting top 20 in Germany (#3), Netherlands (#6) and the UK (#13 Album Chart, #1 Jazz & Blues, #2 Independent Albums).

“Bonamassa soars beyond expectations as one of the music industry’s most prolific storytellers and guitar players with transitional new album.”

“Joe Bonamassa is a rarity in a world where celebrity is often prized higher than artistic growth.”

“Bonamassa pushes into fresh territory while staying within a blues-based framework.”

“Title track ‘Time Clocks’ could be Springsteen. Few can equal the sheer feeling of his guitar playing.”

The Daily Mirror / The Daily Express

“Joe ponders the passing of time but doesn’t let getting older slow him down for a second.”

“The title track is unlike anything Bonamassa has recorded and continues his evolution as a songwriter. It seems as though Joe and Kevin Shirley kept trying to push the envelope adding more layers and elements and the result is a pretty unique and powerful track.”

Time Clocks is a testament to his credentials and a toast to his longtime fans. His new sound has a raw and vital flavor, combined with a resolute skill that can only be gained through years of perseverance and unyielding dedication. It’s Joe Bonamassa at his finest, ready to rock. “What started out with the intention of being a trio record turned into probably my most adventurous and involved record to date,” explains Bonamassa. His longtime producer Kevin Shirley adds, “I think Joe Bonamassa has made an album that is truly transitional. From a blues musician to a superstar artist, [and] I’m so thrilled to be along for the ride.” Joe and Kevin brought on the legendary Bob Clearmountain to mix the epic tracks, and Bob declares that “This is one of the best albums I’ve mixed in years. Joe is not only one of the finest blues & rock guitarists of our time, he’s also a brilliant songwriter, [which is] impressively apparent on this record.”

Blues-rock superstar Joe Bonamassa is one of the most celebrated performing musicians today. As a two-time GRAMMY-nominated artist who recently achieved his 25th #1 album on the Billboard Blues Chart (more than any other artist) with his last album Time Clocks, Joe is only in his early 40s and he’s already become a living legend with an astounding multi-genre catalogue of music. Collectively, Bonamassa has over 40 albums to date, all on his own label J&R Adventures, including studio and live recordings, collaborative albums and adventurous side projects. A prolific writer who is always on the hunt to expand his eclectic musical horizons, Bonamassa has a limitless work ethic whether it’s in a studio, on the road, producing, or working with other artists to spur new music. He’s been featured in several publications from Esquire, WSJ and Parade to Rolling Stone and American Songwriter, as well as on the covers of Guitar World, Guitar Player, Vintage Guitar, Acoustic Guitar, and Classic Rock Magazine.