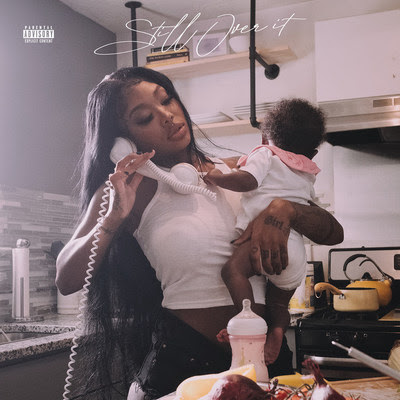 LOS ANGELES, Nov. 9, 2021 /PRNewswire/ — Upon the release of her hotly anticipated sophomore album, Still Over It, Summer Walker’s (LVRN/Interscope Records), dominance over the music industry reigns supreme, as she broke several records in just a matter of hours. The 20-song collection boasts features from artists including Cardi B, SZA, Ari Lennox, and Lil Durk, and rocketed to No. 1 on Apple Music’s All-Genre Chart courtesy of Summer’s unapologetic candor and raw honesty, while her song “Bitter,” featuring Cardi B, ousted Adele’s “Easy on Me” track on Apple Music’s Top Songs Chart. Following her scorching success, Summer Walker performed standout track “Unloyal” last night on The Tonight Show Starring Jimmy Fallon.

See below to check out Summer’s record-breaking first 24 hours.

Summer Walker ‘Still Over It’ eAlbum