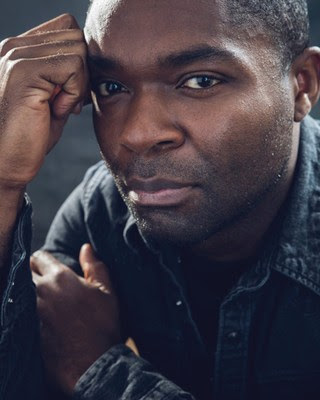 After a wrongfully imprisoned man (Oyelowo) endures the mental torture of seven years of solitary confinement he is released into a world in which self-isolation is the new normal. As he tries to rebuild a life with his fiancé (Washington) and son, he is plagued by deep-seated trauma which creates unimaginable danger for both him and the family he’s battling to protect.

Solitary is the latest project from BRON in their continuing mission to bring socially conscious and underrepresented stories to the forefront of cinema. BRON believes that these narratives must be captivating and compelling while also empowering, so that we may shape our communities and our future for the better.

Oyelowo’s credits include Golden Globe nominated performances in Selma and the HBO drama Nightingale. Additional credits include the mini-series Les Misérables, The Queen of Katwe, and Lee Daniels’ The Butler. His feature directorial debut, The Water Man, premiered at this year’s Toronto Film Festival to critical acclaim.

Washington was most recently in The Public Theater’s presentation of Much Ado About Nothing. She is also known for her work in Lee Daniels’ The Butler and guest performances on Empire, Madoff, Mr. Robot, and Spike Lee’s She’s Gotta Have It. She will next been seen in Joel Coen’s upcoming Shakespeare adaptation, The Tragedy of Macbeth, from Scott Rudin and A24, as well as the John Lee Hancock thriller The Little Things from Warner Bros.

Pepper has a history of taking on courageous and dramatic roles such as those in Saving Private Ryan, The Green Mile and True Grit. He received an Emmy for his portrayal of Bobby Kennedy in The Kennedys and a Golden Globe nomination for his portrayal of Roger Maris in the HBO sports drama 61*. Pepper can recently be seen in the disaster horror film Crawl.

Fails starred in the critically acclaimed film The Last Black Man in San Francisco, which he co-wrote with his best friend and longtime collaborator, Joe Talbot. The film premiered at the 2019 Sundance Film Festival and won both the Directing Award and the U.S. Dramatic Special Jury Award. Fails can next be seen in acclaimed director Kornél Mundruczó’s Pieces of a Woman, which recently premiered at the Venice Film Festival and was swiftly picked up by Netflix.

Nate Parker (The Birth of a Nation) is set to write, direct, and produce the feature with Aaron L. Gilbert (Bombshell) of BRON Studios, Christina Lee Storm (The Least of These) on behalf of Yoruba Saxon Productions and David Oyelowo (The Water Man). Jason Cloth (Joker) of Creative Wealth Media is executive producer.

The casting directors are Mary Vernieu (Knives Out, Looper, Silver Linings Playbook) and Michelle Wade Byrd (Bird Box, Girls Trip). The production designer is two-time Oscar nominee Jan Roelfs (Gattaca, Orlando). The director of photography is Elliot Davis (Out of Sight, The Birth of a Nation). The costume designer is Emmy nominee Christopher Hargadon (Once Upon a Mattress, The Umbrella Academy), and Kate Weiss (Shooter) has joined as first AD.

BRON is a worldwide media and entertainment company committed to furthering the art and craft of meaningful commercial storytelling. Focused on the strategic development, production and financing of original live-action and animated features, television and digital media content, BRON has been instrumental in more than 100 productions and has built a robust slate of upcoming projects across all platforms. The company’s filmmaker-first approach, built on inclusion, innovation and respect, has helped BRON solidify creative relationships with elite talent from an array of backgrounds.

The company’s full roster of acclaimed releases includes Academy Award® winning films such as Bombshell, Roman J. Israel Esq., Fences, and the box-office record-breaking film Joker as well as Clint Eastwood’s The Mule, Leave No Trace, The Willoughbys, Queen & Slim, The Way Back starring Ben Affleck, Greyhound starring Tom Hanks and Jason Reitman’s The Front Runner and Tully, among others.

Founded in 2010 by Aaron L. Gilbert and Brenda Gilbert, BRON Studios is headquartered in Vancouver, with offices in Los Angeles, New York and Toronto.