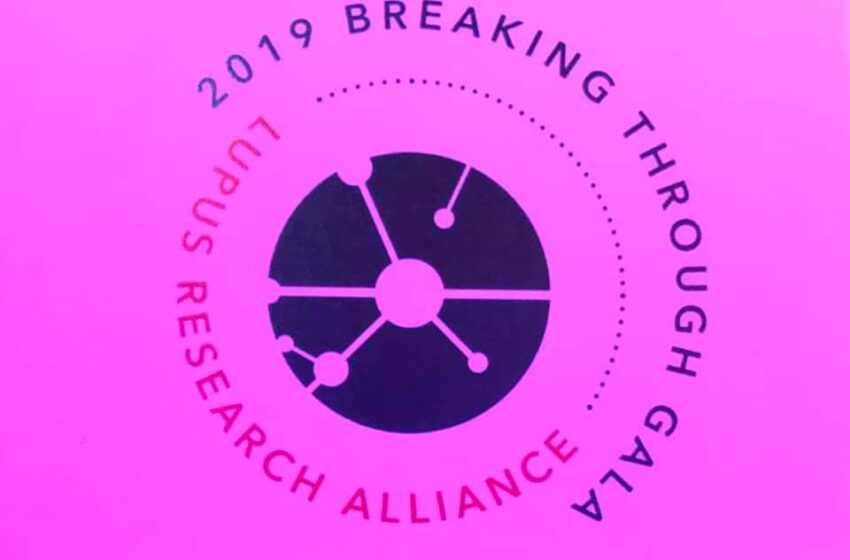 The Lupus Research Alliance (LRA) celebrated their annual Breaking through Lupus Gala at Nov. 25, 2019 at the Ziegfeld Ballroom. There were more than 600 members of the global lupus community that raised $3 million, all of which goes directly to lupus research. This year they honored Alfred F. Kelly, Chairman and Chief Executive Officer, Visa Inc., and Molly McCabe, Co-Founder, The Former Molly’s Fund Fighting Lupus, Lupus Community Leader.

Kelly has been Visa Inc.’s Chief Executive Officer since December 2016 and Chairman of the Board since April 2019. He has been a member of the board of directors since 2014. Mr. Kelly was the chairman of the 2015 Papal Visit Committee for NYC, and is active in numerous philanthropic endeavors, including serving as Chairman of the Board of the Mother Cabrini Health Foundation, a trustee of the New York Presbyterian Hospital and of Boston College, and as a member of the finance council for the Archdiocese of New York.

We were moved by Molly McCabe’s remarks and battles. She is a proud representative of the Lupus Research Alliance, and a member of their Board of Directors. Molly and her mother, Debbie, founded Molly’s Fund Fighting Lupus, an organization dedicated to raising awareness about the disease. Debbie spoke about her daughter’s battles with Lupus– going to many doctors before getting the right treatment.

LRA President and CEO Kenneth M. Farber was very optimistic about Lupus research, stating that it is at an interesting inflection point and just saw exciting results from Phase 3 and Phase 2 clinical studies that show promise for new treatments.

The former Mayor Michael Bloomberg, Honorary Co-Chair, noted the LRA’s accomplishments in a video despite his busy schedule. Bloomberg Philanthropies was proud to support the Lupus Research Alliance, as they have done for many years

Lady Gaga also served as Honorary Co-Chair out of love for her aunt Joanne who lost her battle with lupus before they could ever meet. Her father, Joe Germanotta, sits on the Lupus Research Alliance Board of Directors

Brenda Blackmon, Emmy-Winning Journalist, was an engaging host. She is an anchor based in New York City. Blackmon most recently anchored the PIX11 News on weeknights, and joined the station in 2016 as an anchor. She first co-anchored in New York at WWOR-TV.

Brenda has won four Emmy Awards and has been nominated for 15 Emmys. She received a broadcasting award from McDonald’s in 2010, and WWOR presented a special salute in honor of her career. Her hometown recognized her as “One of the Century’s Most Influential.” Blackmon has also won more than a dozen Associated Press Awards in addition to winning two Edward R. Murrow Awards for Broadcast Excellence

Brenda is also active in community involvement. Blackmon volunteers at SHARE for special events, and was selected as Woman of the Year by the Queens Courier News in 2010. She also received the Shirley Chisholm Award for public service. In addition, Brenda is an active participant in the national campaign to find a cure for lupus through the Alliance for Lupus Research and her foundation, the Kelly Fund For Lupus, Inc. Her daughter, who was in attendance, has Lupus.

Laura Benanti, an actress and singer. entertained the audience with a medley of songs including the unforgettable, “I Could Have Danced All Night.” She disclosed that she has another autoimmune disease that’s an invisible illness. Over the course of her Broadway career, she has received five Tony Award nominations. She played Louise in the 2008 Broadway revival of “Gypsy,” winning the 2008 Tony Award for Best Featured Actress in a Musical.

Lupus is a chronic, complex autoimmune disease that affects millions of people worldwide. More than 90 percent of people with lupus are women, most of whom are diagnosed between the ages of 15 to 44. Women of color are especially at risk. In Lupus, the immune system– which is designed to protect against infection– creates antibodies that attack the body’s own tissues and organs: the kidneys, brain, heart, lungs, blood, skin, and joints.

The Lupus Research Alliance is transforming the lives of people affected with lupus by financing the most innovative lupus research in the world. All donations go to support Lupus research programs. More about the Lupus alliance can be found at lupusresearch.org.