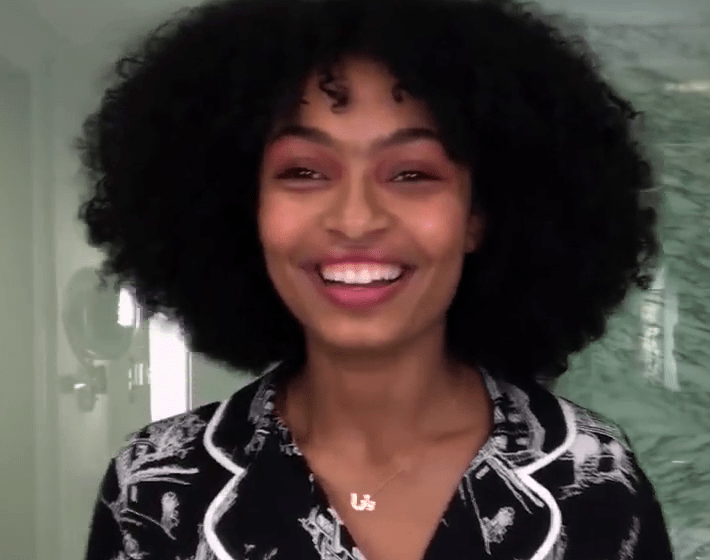 LOS ANGELES, May 14, 2021 /PRNewswire/ — Liberated / Music For The Movement Vol. 3 EP is set for release Friday, June 18, in celebration of Juneteenth. The EP is the third volume of a four-part series between The Undefeated, ESPN’s content initiative exploring the intersection of sports, race and culture, and Hollywood Records.  Liberated celebrates themes of Black beauty, self-love, Afrofuturism, and Black empowerment in song.  Sonically the EP is an infusion of jazz, funk, neo-soul, hip-hop and R&B, as well as spoken word, that is fresh, vibrant, experimental and genre-bending.

Liberated explores embracing Black authenticity uninhibitedly.  It’s centered on Black America becoming the author of its own story and adopting an unapologetic Black pride.  Volume III shifts its focus away from the long-suffered trauma to revel in the strengths that make the Black community unique, original and extraordinarily resilient.  The project is a celebration of Black art, style, beauty, creativity and success as a culture and a people.

As with the first two volumes, all the music and illustrations are created by Black artists. The cover illustrations for Liberated were created solely by South African illustrator Karabo.  Karabo is renowned for “preserving the African aesthetic,” and was named to Forbes Magazine’s “Africa 30 Under 30” in 2019.  The prolific Karabo has designed three sold out collections for Nike, has collaborated with Coca-Cola, Apple Music and the Trevor Noah Foundation.

The music and spoken word pieces are equally as impressive on Liberated.  Leading the charge, with their song “What’s Life,” are Cordae featuring Common.  The soulful hip hop track finds the two MCs displaying a compelling appreciation for life, in all its beauty.  Maryland resident Cordae is a critically acclaimed, multiple Grammy-nominated artist and activist.  Common has won multiple Grammys, as well as a Golden Globe and an Oscar for his insightful and poignant music.  In addition to being a highly respected rapper, Common is an actor,  film producer, book author, poet, philanthropist and activist.

“Running Blind” by rising singer and songwriter Lucky Daye embodies Black pride and pushes for economic empowerment, while letting go of life’s encumbrances.  The New Orleans native has been nominated for multiple Grammy Awards, and has written music for Boyz II Men, Mary J. Blige, Zayn and Ella Mai.  The song is produced by D’Mile who won the Grammy and Oscar for H.E.R.’s “Fight For You” off the Judas and The Black Messiah soundtrack.

Liberated‘s spoken word track comes from actress and activist Yara Shahidi.  Entitled “To Be A Black Girl” the track explores the joys, innovations and tribulations of Black girls and women throughout history.  Shahidi, the star of Grown-ish, has been recognized for the excellence in her work with many awards, including the NAACP Image Awards, BET Awards and Teen Choice Awards. She is also a student at Harvard University and an outspoken voice for voters’ rights.

Singer/songwriter/actress/producer Chloe Bailey delivers a stunning cover of Nina Simone’s “Feeling Good.”  Chloe, a co-star of Grown-ish, is one half of the five-time-Grammy-nominated  duo Chloe x Halle. With her sister Halle Bailey, they turned the summer of 2020 into a wonderful, magical creative season of innovative performances that took the world by storm.  Seemingly growing up before our eyes as women and as artists during the pandemic,  the sisters were famously discovered by Beyoncé and signed to her Parkwood Entertainment label in 2015.   They have toured with Beyoncé and JAY-Z, as well as singer and actress Andra Day.  They recently won two 2021  NAACP Image Awards.

About The Undefeated:  The Undefeated is ESPN’s multiplatform content initiative exploring the intersections of sports, race and culture. The digital hub, www.TheUndefeated.com, which launched in May of 2016, combines innovative long-form and short-form storytelling, original reporting and provocative commentary to enlighten and entertain African Americans, as well as sports fans seeking a deeper understanding of Black athletes, culture and related issues.  In addition to its cutting-edge content, The Undefeated seeks to be a thought-leader on race, sports and culture in the country – convening insightful forums to discuss and debate topical issues affecting sports and race in America.