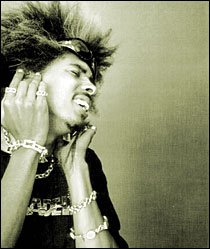 OAKLAND, Calif., Oct. 26, 2021 /PRNewswire/ — TNT Recordings and the Solo Piano Group (SPG) today announced the release of new music from Shock G, founder of digital underground who passed away earlier this year. Shock G‘s interpretation of “To Zion,” written and performed by multiple Grammy-award winner, Lauryn Hill, will be released on Friday, October 29, 2021 and is the first single from “The Piano Man“, a collection of songs performed by Shock G.

This music was recorded when Atron Gregory, Shock G’s manager and long-time business partner, had an engineer go to Shock G‘s hotel room to record him playing the piano, something he loved to do. Shock was not only the leader of digital underground, he was not just a rapper but a gifted visual artist, a prolific producer, a dj and a musician. Here’s a link to hear “To Zion” which will be available on all digital platforms.

Link to “To Zion” Video Promo:  “To Zion” Youtube

As a visual artist he went by the name rackadelic. As a producer he often used “stayin busy productions.” As a rapper he was known as MC Blowfish, Humpty Hump and various other names. As a musician he was known as “the piano man.” The piano wasn’t the first instrument he studied; however, he never saw a piano he didn’t want to play.

“When I told Shock G that TNT Recordings was about to release the first album by the Solo Piano Group, he told me he wanted to participate but didn’t want to be the first pianist,” stated Gregory.  “We launched the first SPG album on March 20, 2020 when the first pandemic lockdowns started and have been consistently releasing music ever since. Our goal is to continue giving people music that allow them to collect their thoughts and relax. Now, over 18 months later, SPG presents the first in a series of songs by digital underground’s ‘The Piano Man.'”

About the Solo Piano Group

Recognizing a lack of diversity in mood music, industry legend Atron Gregory assembled accomplished pianists from different genres and across the globe including Glen Pearson, Derek McKinney, Janice Maxie Reid, Michaela Overall and Dee Spencer. Their mission: to provide music that will give people of all backgrounds an opportunity to relax, meditate, take a deep breath and live in the moment.

Atron Gregory, founder of TNT-Recordings, has an extensive resume as an artist manager, tour manager and executive producer of multi-genre Grammy-nominated recordings. His credits include a diverse array of artists including Grammy nominees Tupac Shakur (4 nominations), Stanley Clarke (12 nominations, 3 wins) and Rodney Franklin (2 nominations) and N.W.A., Digital Underground and World Class Wreckin’ Cru. Gregory assembled and released the first album from SOLO PIANO GROUP, MELLOW MOODS, in 2020 which includes a series of relaxing recordings from accomplished Black pianists from around the world.”