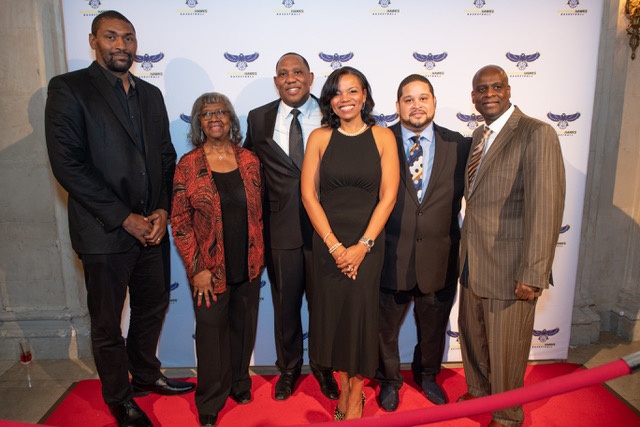 Riverside Hawks programming begins in kindergarten, and includes a Summer Leadership Academy, the Saturday Night Lights youth development and violence prevention program, and more.  Almost 70 percent of program families come from households in Washington Heights, Harlem and the Bronx, and nearly 80 percent of families are categorized as low- to moderate-income. The Riverside Hawks have granted over $120,000 in high school scholarships over the last two years, and 100 percent of their 2021 graduates went on to college or post-grad prep schools after graduating high school. During the gala, more than $130,000 was raised from donors in the room– adding to the more than $900,000 raised overall.

While sports are being eliminated from so many school programs across the country, BET CEO Scott Mills spoke of the continued importance of athletics in the lives of youth. “Sports are critical because we can learn so much from the activity than simply the activity itself,” he told Life Entertainment. “Sports teach you discipline, perseverance, the importance of practice, the relevance of excellence, teamwork– all of these things that are instrumental in any other path that you have.”

Metta Sandiford-Artest echoed that sentiment. “My dad had me out there having a good time, having fun, but it was hard work going up against him every day,” he said. “It was not easy. Eventually, I just kept pushing and getting better and better.”

For more information or to donate to the Riverside Hawks, please visit riversidehawks.org.