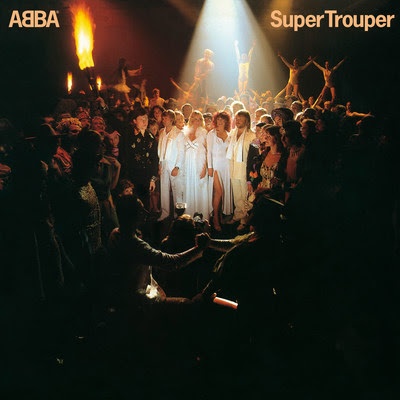 On October 30, 2020, Polar Music/UMe celebrates the 40th anniversary of ‘Super Trouper,’ the first of only two albums that ABBA made in the 80s and their sixth consecutive No.1 in Sweden. A chart-topper around Europe and a US Top 20 album, ‘Super Trouper’ is powered by classic singles, including the title track, “The Winner Takes It All” and “Lay All Your Love On Me.”

To celebrate the 40th anniversary of ‘Super Trouper,’ ABBA’s seventh much-loved studio album, UMe is delighted to release a suite of products

LOS ANGELES, Sept. 2, 2020 /PRNewswire/ — This October, Polar Music/UMe celebrates Super Trouper, the album that soundtracked the Christmas season and far beyond 40 years ago. The first of only two albums that ABBA made in the 80s, Super Trouper was their sixth consecutive No.1 in Sweden, a chart-topper around Europe and a US Top 20 album. Powered by classic singles, including the title track, “The Winner Takes It All” and “Lay All Your Love On Me,” Super Trouper became the best-selling album in the UK in 1980.

Taking its name from a large follow spotlight used on stage, the Super Trouper album seems a bright, shining statement, but in 2020, we now realize on how many levels ABBA worked. Of course, there is the beautiful shining pop, forever remembered in the smash-hit musical and film Mamma Mia! and the full dancefloors that ABBA constantly inspires. But there is also the masked sadness – virtually every fan old and new is aware that the story of ABBA is entwined with two star-crossed unions and breakups, those of Björn Ulvaeus and Agnetha Fältskog, and Anni-Frid (Frida) Lyngstad and Benny Andersson. Finally, the musicianship, production and arrangement, which makes Super Trouper sound as fresh and sparkling four decades later as when it was first heard in 1980.

Super Trouper is well-known, too, for its cover, of Agnetha, Frida, Benny and Björn surrounded by carnival performers: the original idea was to shoot it in London’s Piccadilly Circus. Unsurprisingly, that idea was rejected, and the cover was photographed in Stockholm. The circus has always been a powerful metaphor in art – throughout history, the joy of performance conceals an inner sadness. ABBA’s global No. 1, “The Winner Takes It All,” could not make this plainer. The first single from the album, it was released in August 1980, with lyrics written by Björn for his recently divorced wife Agnetha to sing: “There is so much in that song,” Agnetha was to say. “It was a mixture of what I felt and what Björn felt, but also what Benny and Frida went through.” It shot to No. 1 in the UK, becoming their first chart topper in over two years – and was followed in November by the joyous title track. Coming in July the following year, the thumping 12 inch of “Lay All Your Love On Me” helped keep Super Trouper on the UK charts for a staggering 43 weeks.

Being an ABBA record, Super Trouper’s album tracks are almost as well-known as its singles. Among them, the stomping “On And On And On,” the classic “Andante Andante,” and the super-poignant “Happy New Year,” with its lines “the dreams we had before are all dead, nothing more than confetti on the floor.” Super Trouper closes with “The Way Old Friends Do,” recorded live at their record-breaking Wembley concerts the year before, which underlines that no matter what, the bond between ABBA would remain forever strong.

Super Trouper is presented in an expansive half-speed master, carried out at Abbey Road by Miles Showell, and in keeping with recent releases there is a 7″ collector’s box, and ultra-collectible picture disc set. Its beam still blinds us, all these years later.

SIDE ONE: Super Trouper / The Winner Takes It All / On and On And On

SIDE TWO: Andante, Andante / Me and I

SIDE ONE: Happy New Year / Our Last Summer

SIDE TWO: The Piper / Lay All Your Love On Me / The Way Old Friends Do

SINGLE ONE: The Winner Takes It All / Elaine

SINGLE THREE: Lay All Your Love On Me / On And On And On

THE WINNER TAKES IT ALL / ELAINE – PICTURE DISC