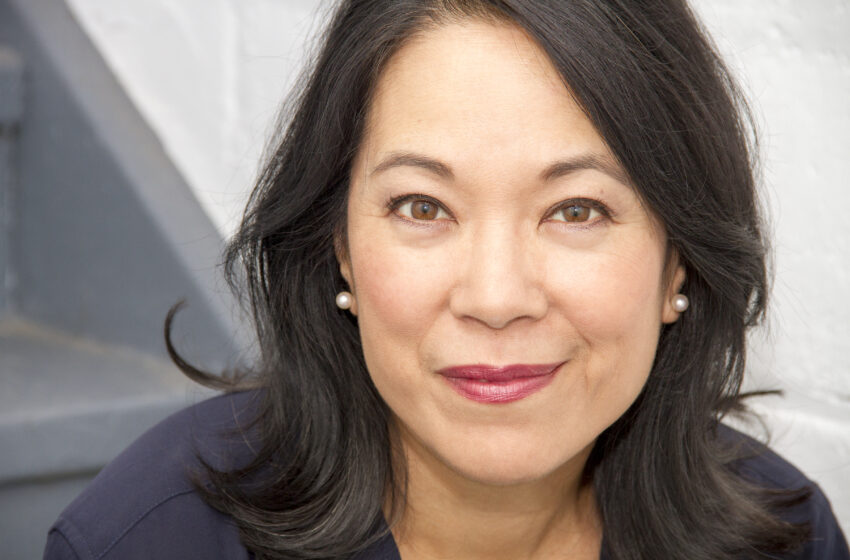 For information on how to watch visit www.abingdontheatre.org

New York, NY (Tuesday, April 13th, 2021) – Abingdon Theatre Company (Chad Austin, Artistic Director) will present a short film of “Empress Mei Li Lotus Blossom” written and directed by Christine Toy Johnson followed by a talk back with the writer and cast, moderated by Reggie Lee on May 25th at 7pm ET. This event is free. This piece is being screened in May to Celebrate Asian American and Pacific Islander Heritage Month.

Written and Directed by award winning actor, writer and director, Christine Toy Johnson, “Empress Mei Li Lotus Blossom” tells the story of a Teaneck-born Asian American actress who poses as an exotic Hong Kong movie star so she can get her shot at Broadway. This piece was the winner of Abingdon Theatre Company’s inaugural Festival of Short Plays, a two week virtual festival took place in the fall, shedding light on stories by people of color.

The cast will feature Rin Allen (New York Theatre – Cyrano De Bergerac, As You Like It, The Tempest), Deborah Lew (Broadway – South Pacific, The Threepenny Opera, Beauty and the Beast) and Rebecca Hirota (New York Theatre – Vietgone, Bullet Catchers, Romeo & Juliet). The screening will be followed by a talkback with the writer and cast which will be moderated by actor, Reggie Lee (TV’s All Rise, Grimm, Prison Break).

Writer and Director, Christine Toy Johnson stated, “I couldn’t be happier to celebrate Asian American Pacific Islander Heritage Month with my good friends at Abingdon! In a time filled with so much pain and anxiety, it will be such a gift to sit in community with one another, have a few laughs and also some real talk about representation and stereotypes. So grateful to Chad Austin for making such beautiful space for us.”

“I am elated to be able to present the winning piece from our Fall Festival of Short Plays again in a new and unique way.” Said Abingdon Artistic Director, Chad Austin. “I believe this piece has an important message that should be shared.  Working with an artist like Christine Toy Johnson is truly special and I am so looking forward to sharing more of her work in the coming years. I am thrilled that she is now part of Abingdon Theatre Company.”

Christine Toy Johnson is an award-winning writer, actor, director and advocate for inclusion. Her written works have been produced and/or developed by the Roundabout, Village Theatre, Ars Nova, Barrow Group, Prospect Theatre, Weston Playhouse, O’Neill, Women’s Theatre Festival, CAP 21, Greater Boston Stage Company, the Abingdon Theatre Company, Towne Street Theatre and more and are included in the Library of Congress’s Asian Pacific American Performing Arts Collection (Playwrights Division). She is an alum of the BMI Musical Theatre Writing Workshop, was a 2016 fellow of The Writers Lab (supported by Meryl Streep, Nicole Kidman and Oprah Winfrey), serves as Treasurer of the Dramatists Guild and is host of the Guild’s podcast “Talkback” on Broadway Podcast Network. As an actor, Christine has appeared extensively on Broadway, Off-Broadway, in regional theatres across the country and nearly 100 television and film appearances including recurring guest star roles on Marvel’s “Iron Fist,” “Bull”, “The Americans.” “You,” “Law and Order: SVU” and more. She is on “extended intermission” from the North American tour of Come From Away. Rosetta LeNoire, JACL, Asian American Arts Alliance, Obie awards for advocacy in diversity and inclusion. For details, please visit www.christinetoyjohnson.com.

Moderator Reggie Lee currently stars as District Attorney Thomas Choi on CBS’s hit courtroom drama “All Rise”. For six seasons, he starred as ‘Sgt. Wu’ on NBC’s hit sci-fi police drama “Grimm” and prior to “Grimm,” he was best known for his role as ‘Secret Service Agent Bill Kim’ on the popular FOX show “Prison Break.” Since having starred as ‘Lance Nguyen,’ the snakeskin-wearing, motorcycle-riding, cold-blooded killer, in Universal’s high-octane blockbuster “The Fast and the Furious” in 2001, Lee has had memorable roles in film playing ‘Tai Huang,’ the villainous right-hand man of Chow Yun Fat “Pirates of the Caribbean: At World’s End,” starring opposite Jason Statham in Lionsgate’s “Safe,” opposite Justin Long and Allison Lohman in Sam Raimi’s Universal thriller “Drag Me to Hell,” and in Ben Stiller’s directorial debut “Tropic Thunder,” opposite Stiller, Jack Black, and Robert Downey Jr. He also appeared in “Here Comes the Boom” with Kevin James and Salma Hayek, and “The Dark Knight Rises” with Joseph Gordon Levitt and Christian Bale.  He recently finished the Netflix feature “Sweet Girl” opposite Jason Momoa.

Abingdon Theatre Company was formed in 1993 by a group of theatre artists, eager for ongoing collaboration and greater control over their creative lives. Now, over 25 years later Abingdon has collaborated with over 200 playwrights including Tony Award Winner, V (Formerly Eve Ensler), Philip Dawkins, David Greenspan, Anne Bogart, James Lecesne, Michael Weller, Dominque Fishback, Charles Mee and many more. In recent years their annual galas have honored artists such as Bebe Neuwirth, Donna Murphy and Andrew Lippa. Recent productions include the New York Premieres of both Fruit Trilogy and The Gentleman Caller and the critically acclaimed Drama Desk Nominee, Get On Your Knees. The company provides a safe home where playwrights, directors and actors can collaborate within a supportive and nurturing environment. They search for stories about the human experience that reflect our social, political, historical and cultural diversity. They are acutely aware of the theatre’s power to unite disparate population groups through stories about common human interests and strive to shed light on a variety of perspectives.

EMPRESS MEI LI LOTUS BLOSSOM Watch Party and Talkback is made possible in part with public funds from Creative Engagement and Upper Manhattan Empowerment Zone, supported by the New York City Department of Cultural Affairs in partnership with the City Council and administered by LMCC.