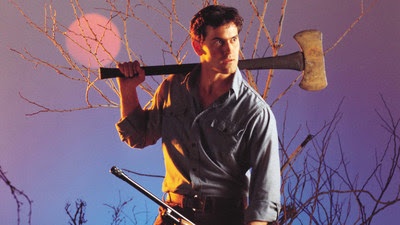 SAN ANTONIO, Dec. 16, 2020 /PRNewswire/ — Tobin Entertainment presents The Watch With Party of Evil Dead: With Live Commentary from Bruce Campbell. Campbell himself will host the virtual event providing live commentary throughout on Saturday, January 23rd at 6 PM PST/9 PM EST. Fans will listen to him share memories, behind the scenes stories, anecdotes from the film, and for a few lucky viewers, Bruce will even answer questions from the chat.

“I’m excited about this project, it will be a great opportunity to safely connect with fans and allow them a closer look behind the scenes,” says Campbell.

Tickets are on-sale now and can be purchased online at bit.ly/WatchwithBruce

Tickets are $25/device and VIP Tickets/device are $50 and include a limited-edition event poster that will be mailed to the purchaser.

During a WATCH WITH livestream, fans will have the opportunity to watch their favorite movies alongside the stars and experience them like never before. Movie buffs will relive films through the eyes of the star – pausing the action to explain scenes, tell unknown stories about the action, or provide funny bits of trivia… straight from the source.

In 1979 with his Detroit friends, Sam Raimi and Rob Tapert, Bruce Campbell raised $350,000 for a low-budget film, The Evil Dead (1981), in which he starred and co-executive produced. Completed piecemeal over four years, the film first gained notoriety in England where it became the best-selling video of 1983, beating out The Shining (1980). After its appearance at Cannes, where Stephen King dubbed it “the most ferociously original horror film of the year,” New Line Cinema stepped forward to release “Evil Dead” in the U.S.