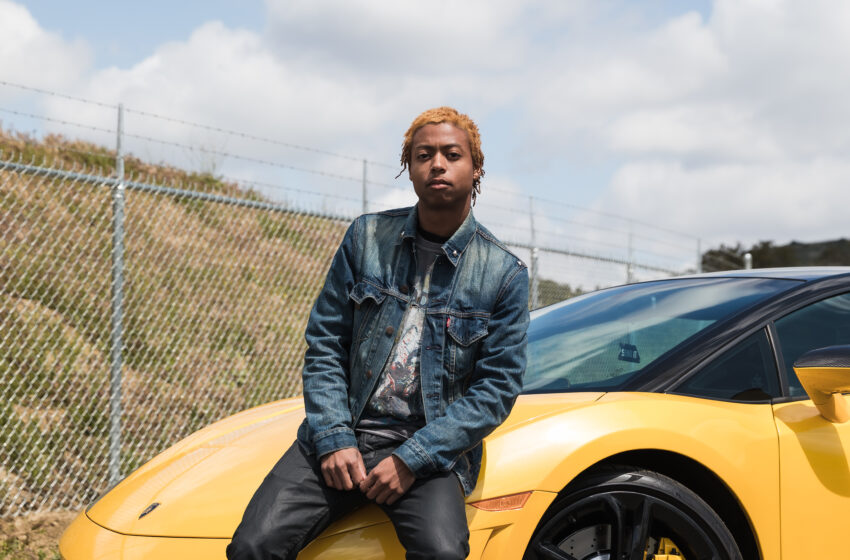 “Everything was boarded up. They threw fireworks into a cop car that set on fire. You had things sounding like tear gas and rubber bullets flying. I walked out there and supported them peacefully.”

24 year old hip hop producer Micah Street describes the riots as he witnessed them in his neighborhood of Melrose/Fairfax, one of the centers of insurrection in Los Angeles that saw both famed strips being largely burned down or looted. Born in “Basketball County,” Maryland– memorialized recently as a fountain of black excellence in the Kevin Durant-produced Showtime documentary– he moved to Los Angeles to sign as a producer with Capitol Records. Now independent, Micah Street is a producer prodigy who worked on huge hip hop hits as a teenager, including “679” by Fetty Wap, “My Way” by Fetty Wap ft. Drake, “PMW” by A$AP Rocky ft. Schoolboy Q, and ghost production on “F**kin’ Problems” by A$AP Rocky, Drake, 2Chainz, and Kendrick Lamar. More recently, he produced on “Draco” by Future. These songs total 13 times Platinum.

When asked about the state of America after the murder of George Floyd, Micah Street– who is black and Korean– gave his opinion. “I don’t even say racism, I just say hate.”

Standing on the sidewalk in front of the burnt down, emptied out husks of businesses at the intersection of Melrose and Fairfax, Micah Street recalls meeting fellow producer Metro Boomin for the first time on the Fairfax strip in 2016. Metro Boomin offered him advice that helped the younger producer solidify his identity as a beatmaker.

“We talked for a cool thirty minutes,” he recounted. “I met Leland near a jewelry store, talked about sticking to a sound, one that stretches across multiple genres. Artists need a sound, not a genre.”

With Micah Street staying busy in the studio during the lockdown/protests/riots, he gives his final thoughts on the solution to the civil unrest that has swept the nation. “I’m hoping we get some promising long term change in this country real soon. We need to change the mentality of people. People need to care for each other.”