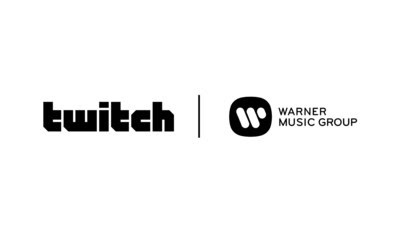 Oana Ruxandra, Chief Digital Officer and EVP, Business Development, WMG said: “It’s clear that Twitch is an indispensable space for all types of creators to connect with their fan communities. Our partnership creates an on-ramp for artists to come onto the service with strong support from Twitch, opening up an entirely new source of incremental revenue. Between the artist-specific channels and the premium shows we’re planning to launch, music lovers will get a refreshing new view into the world of music and the lives of their favorite artists.”

Tracy Chan, VP, Head of Music, Twitch added: “Twitch has always been – and will continue to be – creator first. For fans, artists and all creators, this is a great step forward. The myriad opportunities for fans and artists to forge meaningful, direct and valued relationships on Twitch continue to expand every day. Working together, we can create new paradigms and opportunities for artists and the Twitch community, all grounded in the passion of fans. We appreciate the progressive approach of our colleagues at Warner Music and look forward to a productive partnership.”

The standalone WMG space promises to be an up-to-the-minute exclusive experience, as one of the premium music-centric channels on Twitch. It will feature professionally produced original programming curated by leading social-first digital media company IMGN, which WMG acquired last year. The channel will cultivate social interactivity and music discovery amongst next-gen music heads and see regular appearances from top artists across the musical spectrum. Upcoming programming includes:

Additionally, Twitch has created a new process that participating music rights holders, including WMG, can opt into to report certain uses of their music, to address when creators inadvertently or incidentally use music in their streams.

With a legacy extending back over 200 years, Warner Music Group (WMG) today brings together artists, songwriters, and entrepreneurs that are moving entertainment culture across the globe. Operating in more than 70 countries through a network of affiliates and licensees, WMG’s Recorded Music division includes renowned labels such as Asylum, Atlantic, Big Beat, Canvasback, Elektra, Erato, First Night, Fueled by Ramen, Nonesuch, Parlophone, Reprise, Rhino, Roadrunner, Sire, Spinnin’, Warner Records, Warner Classics and Warner Music Nashville. WMG’s music publishing arm, Warner Chappell Music, has a catalog of over 1 million copyrights spanning every musical genre, from the standards of the Great American Songbook to the biggest hits of the 21st century. Warner Music Group is also home to ADA, the independent artist and label services company, as well as consumer brands such as Songkick, the live music app; EMP, the merchandise e-tailer; and UPROXX, the youth culture destination. Follow WMG on Instagram, Twitter, LinkedIn, and Facebook.

Launched in 2011, Twitch is an interactive livestreaming service and global community that comes together every day to create unique, live, and unpredictable experiences from the interactions of millions. It brings the joy of co-op to everything, from casual gaming and world-class esports to anime marathons, music, and art streams. Twitch also hosts TwitchCon, the biggest community event of the year, where tens of thousands of people come together to celebrate and connect with others who share their interests and passions. We’re always live at Twitch. Stay up to date on all things Twitch on Twitter and on our Blog.