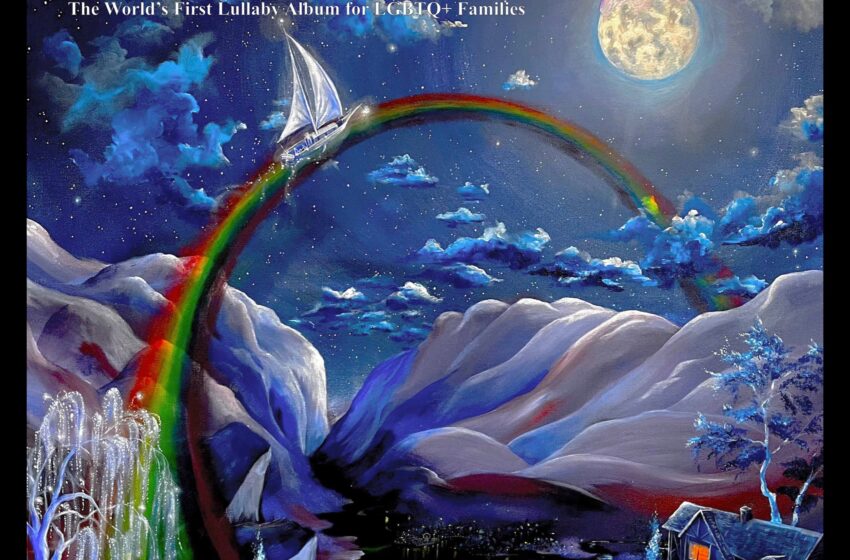 Featuring LGBTQ+ Broadway stars performing numbers from the album. All proceeds from the event will go to The Ali Forney Center.

This event will be emceed by Sutton Lee Seymour and Brita Filter and will include performances by Madge Dietrich (Kinky Boots), Ernie Pruneda (Sister Act), Richie Leone (PROJECT LEONE), Jonathan D. Burke (HARLEM), Jamie Cepero (SMASH) and album creators Ryan Bauer-Walsh and Fred Sauter. Queer activist speaker Jason Rosenberg will also be addressing the crowd to rally the community to fight the over 200 pieces of anti-LGBTQ+ legislation filed in the last 6 months.

“238 anti-LGBTQ+ bills have been filed in less than three months of this year. It is crucial that we create visibility for queer families in the march towards equality as we fight this fascist legislation.” said Bauer-Walsh, adding This album is the first of it’s kind despite LGBTQ+ families having existed as long as lullabies.  It is time to ensure the protection of LGBTQ+ citizens and families- it is time to rally once again as a community to protect our families!”

Hush HK has offered their space for the Rainbow themed benefit, and will be donating 10% of the bar tab to The Ali Forney Center.

“The creation of queer cultural traditions is a part of arts activism and acts of protest through demonstrations of love, empathy and family are a crucial part of our way forward.” Said associate producer Fred Sauter.

The event is open to the public with tickets being reserved in advance at https://www.eventbrite.com/e/the-rainbow-lullaby-album-release-rally-fundraiser-tickets-321485430577 with a recommended donation of 20 dollars. Donations of 20 dollars and over will receive a signed limited edition CD.

Proceeds from THE RAINBOW LULLABY support the Ali Forney Center, whose mission is to protect LGBTQ+ youths from the harms of homelessness and empower them with the tools needed to live independently.

THE RAINBOW LULLABY is produced by Ryan Bauer-Walsh, Fred Sauter and Yasuhiko Fukoka, with audio engineering, mixing and mastering by Yasuhiko Fukuoka,

RYAN BAUER-WALSH was born in Minnesota and graduate of The Hartt School, this New York based actor has appeared in BILLY ELLIOT (Chicago and First National Tour), Most Happy Fella (City Center Encores) and Broadway; 3 Generations at The Kennedy Center. Other credits include; Les Mis, Miss Saigon, LMNOP, Pirates of Penzance, HOMO the musical, and many others. In addition to performing Ryan is also a writer, composer, artist, and community activist. Their illustration work and paintings have been featured in The New York Times, used as set projections at The New York City Opera, The Coterie Opera and are also in private collections. Their most recent children’s books include; Rusty The Rescue and Three Men in a Boat. Ryan also debuted a non-gendered, sensory clothing line this year with TINPIN called Banana Duck. The Rainbow Lullaby’s creation was created from the loss of Ryan’s Mother to cancer in 2020 as a way for her maternal energy to live on- and is dedicated to her.

ALI FORNEY CENTER’s mission is to protect LGBTQ+ youths from the harms of homelessness and empower them with the tools needed to live independently. This June marks AFC’s 20th anniversary, starting with just six beds in a church basement, the organization has grown to become the largest agency dedicated to LGBTQ+ homeless youths in the country — assisting over 2,000 youths per year through a 24-hour Drop-In Center which provides over 70,000 meals annually, medical and mental health services through an on-site clinic, and a scattered-site housing program.

To listen to The Rainbow Lullaby, please click the link below: https://www.broadwayrecords.com/the-rainbow-lullaby