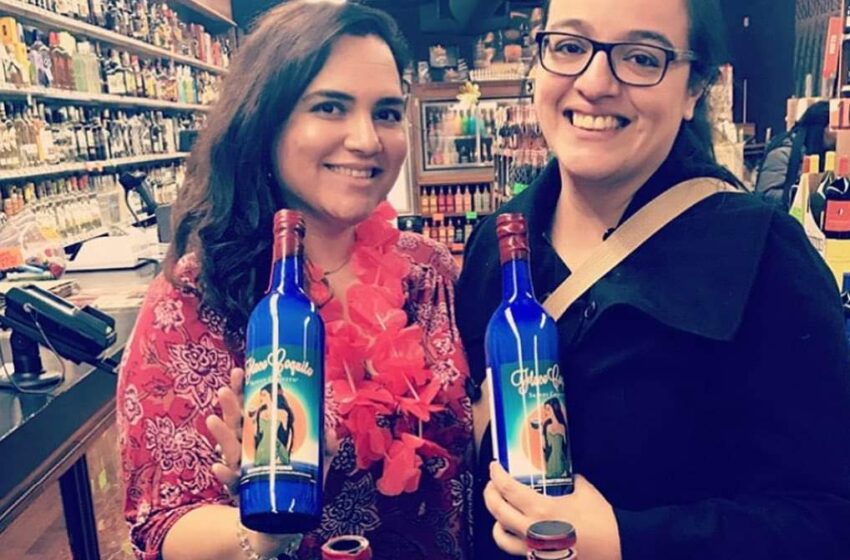 We tried a new refreshing liquor and drink, Flaco Coquito – Skinny Coquito. This is like a Malibu rum with less sugar. We had the chance to try it on the rocks or as a cocktail mix at the Slope Space Open House Welcome Party in Park Slope on 5th Avenue on Feb. 22.

The drink matched the zesty guacamole and paella with oysters by Ronny Jaramillo of Chela. The guacamole was very zesty and tasty in a big bowl. To match the fine food we had Mezcal Sacrvm cocktail, beers, red and white wine, and Flaco Coquito. Also, there was a screening by Thousand Dollar Listing and music by local band Max & Lamour and a DJ.

Flaco Coquito founder and CEO Cynthia Sepulveda saw a need for a healthier option to a cultural staple because of the health issues in her community, family, and friends.

Flaco Coquito is an organic, vegan, gluten-free, preservative-free, artificial flavoring- free, and dairy-free coconut cream liqueur made by Sepulveda. To honor her grandmother, in 2011, Flaco Coquito® – Skinny Coquito® was born. After her mother’s death in 2015 due to cancer, Sepulveda went back to her idea to keep her family’s tradition alive, one bottle at a time.

Coquito means “little coconut,” and is a traditional coconut rum beverage originated from the island of Puerto Rico. Coquito is an egg nog-like, sometimes alcoholic beverage. The first coquito was created with pitorro, a moonshine rum made from sugarcane and buried underground to ferment.

It is made with egg yolks, coconut milk, coconut cream, sweet condensed milk, cinnamon, nutmeg, and cloves. This drink is usually associated with the Christmas holidays, where it is traditionally served along with other holiday food.

Coquito usually consists of the following :

More about the company and this fine liqueur can be found at flacocoquito.com